with over 400 photographs of Cockers past and present

For more information and ordering the book Click here

Speggle-Waggel's Siobhan enjoying a swim in the lake

Best bitch, best homebred Cocker and BOS at the Clubshow of the ECSCN in 2014. She is our 12th Dutch Champion and our 8th homebred champion.

She came back in the ring in 2019 at the championshipshow of the breed club and after winning the champion class she went on to win the bitch reserve CAC under judge David Shields.

At the allbreed championship show in Hazerswoude november 2019 she was best veteran bitch on both days under judges Moray Armstrong and Carlos Saevich.

Speggle-Waggel's Xandy was for the first time out as a Veteran. She did it in style, by winning BOB veteran and BIS Veteran over 200 Spaniels entered. 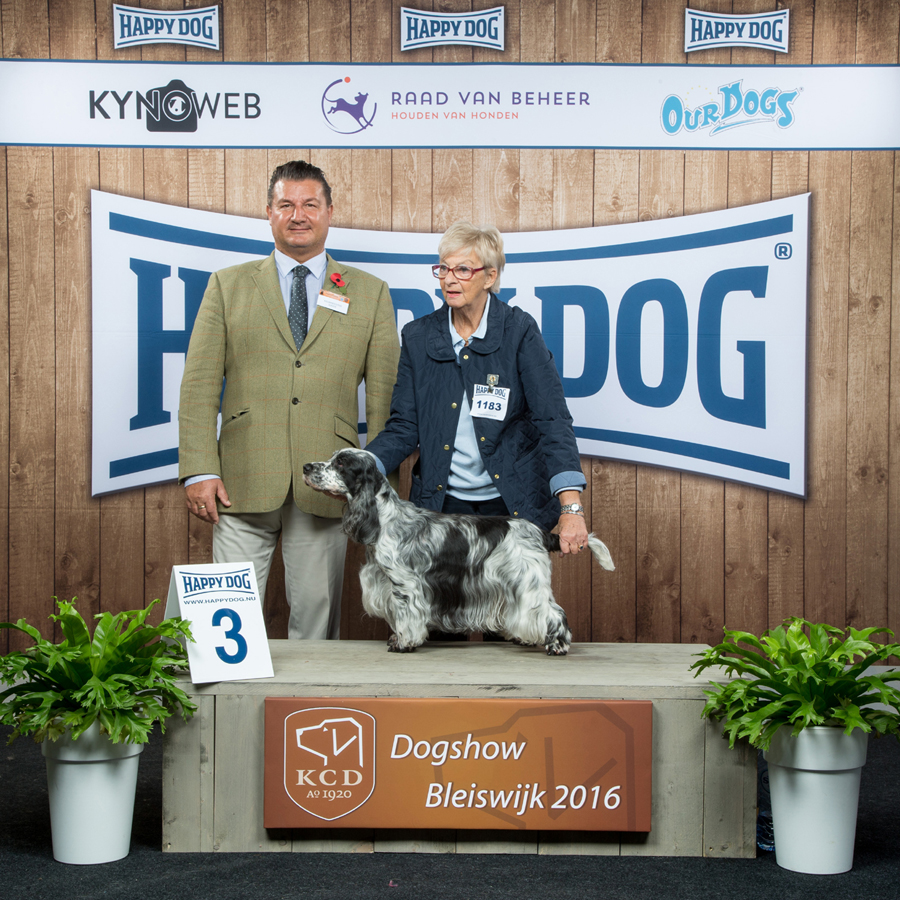 At the Winner Show in Amsterdam she won her 3rd Veteran CAC, making her a Dutch Veteran Champion and Veteranwinner 2016.

At the CACIB Show in Leuven she became best veteran in Show all breeds.

Speggle-Waggel's Xandy is the mum of Speggle-Waggel's Zeta, owned by Ellen van de Ham. Zeta had a litter in 2017, of which the orangeroan dog James Dianthus of the Cockerplace stayed with Ellen.

At the puppy and junior dogshow of K.C. Zaanstreek James became best in show over 78 entered pups en juniors. Thus the prefix "Speggle-Waggel's" is still sort of going on! 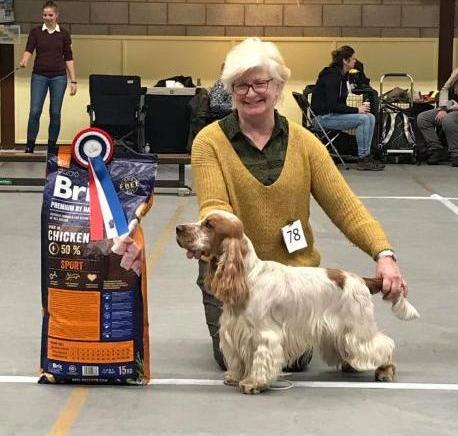 Author of the books: