Another top year for Speggle-Waggel's Voilà

Moray Armstrong from Britain judged 35 Cockers at the CACIB show in Hoogstraten (Belgium).
Best dog was Symbiosis Classic Design and best bitch and best of breed was Speggle-Waggel's Voilà!! 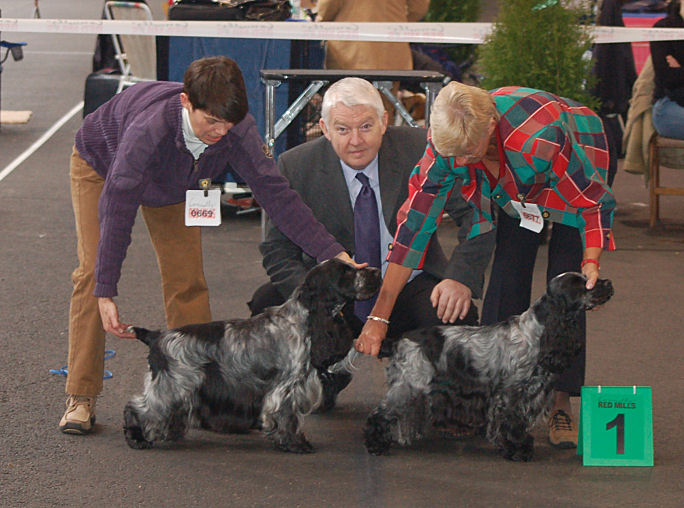 but BEST OF ALL she won

Her titles now are: Dutch, Luxemburg, German VDH Champion, Dutch and German Junior Champion,
Winner 2006, Austrian Jubileechampion plus she qualified for the Dutch Dog of the Year Show in 2008.